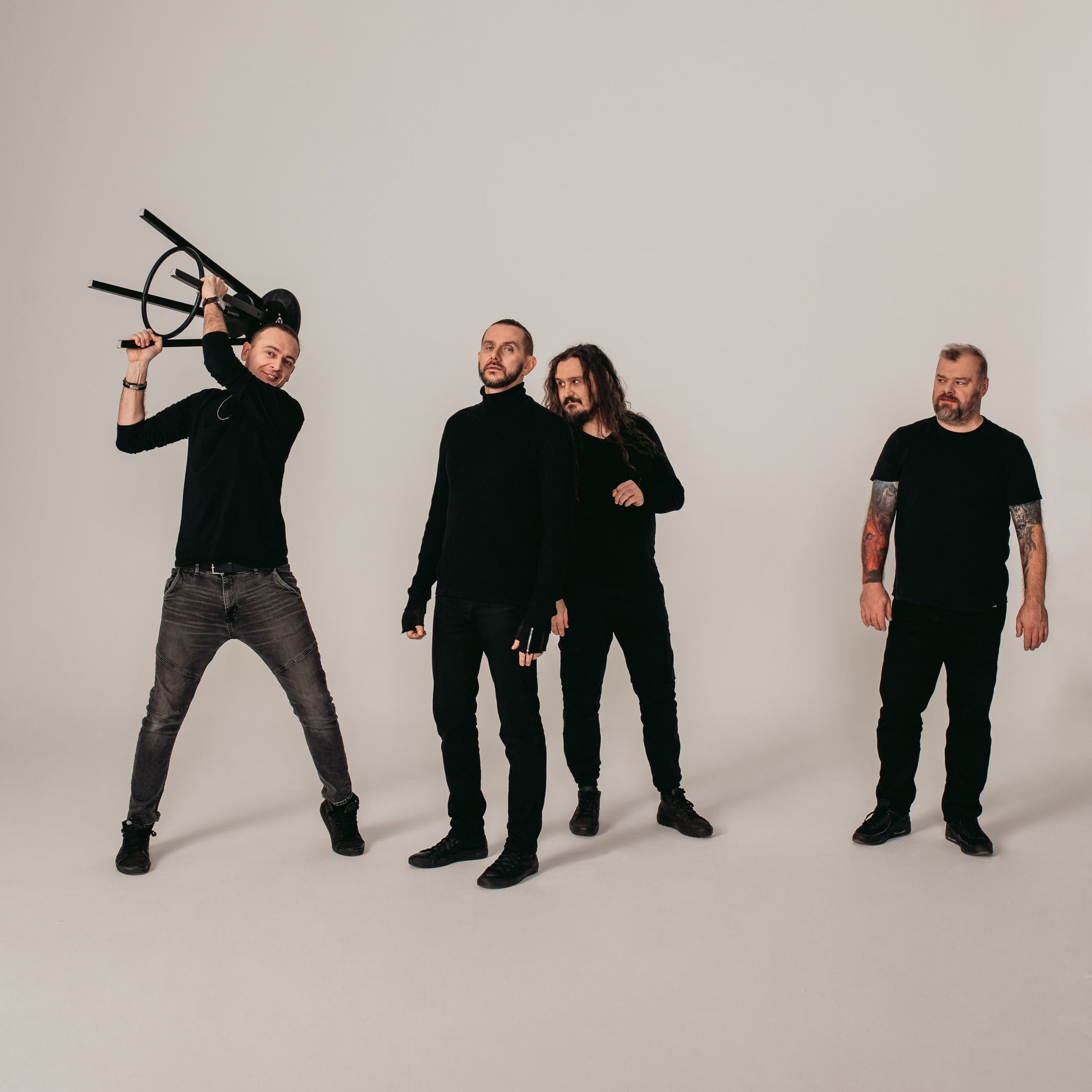 When we started playing this song at rehearsals, we realised that it might be a bit too much 🙂 Not only will it offend true progressive rock fans, but it will also be a blow to the heart of fans of melancholia and depth in our music. Those fans for whom the benchmark is "Second Life Syndrome", the best and most substantial Riverside release ever (and we're not saying it isn't so :)) What is this anyway? A punk-pop fusion of Rush and The Police? Where the hell is Riverside in it? "I'm trying to listen to this song and I'm not feeling the emotions," one might say. "Nice, but in one ear and out the other," someone else will add. And there will be the gracious ones, "I'm not convinced but I'LL GIVE THEM A CHANCE." 🙂

Self-awareness and another moral dilemma. Leave it to us or consider our fans' reactions, and so remain in the bubble? Bend to the algorithm or take a risk?

The new album "ID.Entity" is talking about how we are perceived by others and how we should keep our identities and stick to being ourselves. How unrewarding all the cages, drawers and habits can be. One of the songs, "The Place Where I Belong", talks about how each of us has a certain frame in which others want to see us. How it's acceptable to be moving around only within that frame, otherwise we risk causing discomfort in others. The question is: what's more important, to be true to yourself or to keep others comfortable?

And so we finished playing the song, we're looking at each other and laughing. Has the dam of sorrow, darkness and mourning finally broken? Yes. With this song we are finally drawing the line and leaving all that in the past. We were already really tired of it. Fuck it. We don't care what some will think, let's do it, let's have fun with it. What do we have to lose? Career? :))

”Self-Aware” is a song for us, for our fans, and for our Riverside family. We live in such shitty, dangerous, bad times, we are so divided, forced to accept others' opinions on what's right and what's wrong, that on the new album we decided to finally rebel a little. In a few ways. But most of all, convey two main messages: firstly, without a united community, without cooperation and coexistence, we will not get too far. Secondly, without being true to ourselves, we won't be able to make our own decisions.

"ID.Entity" is our most progressive and most exuberant album since ADHD. We said it once and it wasn't a lie. But it is not an album like ADHD. "ID.Entity" marks the beginning of a new chapter in our career, in which we return to the old style a little, but not completely. Besides, the opening and closing tracks are the most controversial songs we've recorded. And in their full album versions, they sound even more powerful, as if they were recorded live.

So thanks again to all of you who accept us the way we are and the way you can see us in our new video. And If you didn’t know us from this side - well, nice to meet you 🙂

And our new video is here: