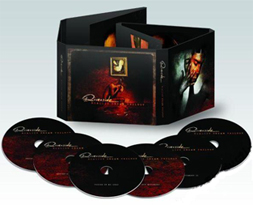 We're happy to inform you that on Mystic Production site you can now order Reality Dream Trilogy consisting of:

Tomorrow Riverside will take part in the Woodstock Festival. Their concert on the big stage is planned to start at 10.40 p.m.

You'll be able to view the live streaming here: www.livestream.com/owsiaknetpl. 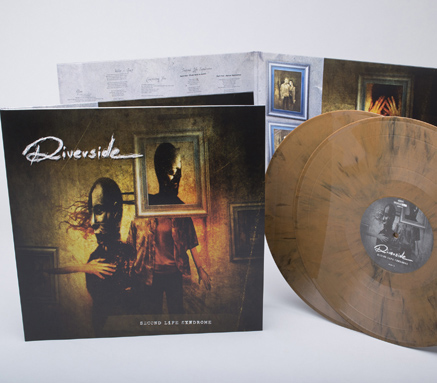 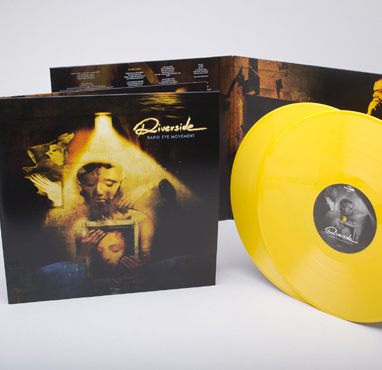 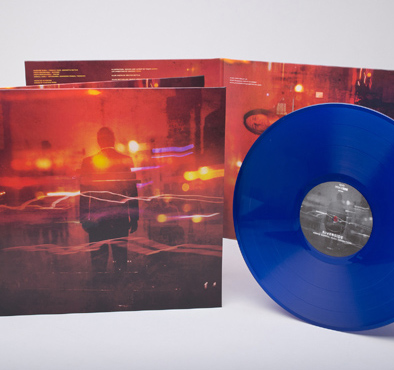 By the way, you can now find the limited vinyl versions of Second Life Syndrome (black, white and brown-black-marbled) and Rapid Eye Movement (black, yellow and clear) online at the InsideOut shop. Anno Domini High Definition , which was accessible only during concerts, has also been reissued (transparent blue and black).

It has been confirmed (this time official :)) that vinyl versions of two albums: Second Life Syndrome(2LP) and Rapid Eye Movement(2LP), which were announced to be published in March this year, will come out at the turn of August and September 2011.
Both albums will be limited to 1000 copies in three colour versions (on black, white and transparent records).

Inside Outwill be responible for the publication.

Vinyl lovers will be interested to know that in January 2011, thanks to the Kscope company, the second record of Lunatic Soul also came out on vinyl. You can order it here.

„Memories In My Head” in Stores!

"Memories In My head" is shipping from Burning Shed and The Lasers's Edge now!

Available as a cd and a download (mp3 and flac) exclusive to the Glassville site.

We would like to thank all our fans who attended our concerts, in Poland and abroad, which were organized within the framework of "10th Anniversary Tour". Above all, we are grateful to our great and loyal fans, the best technical staff in the world and bands: Tides From Nebula, Paatos, and The Pineapple Thief. A nice piece of information - in three Polish cites we broke a record of attendance! Thank you for your support and coming. Maybe this year we'll come back in Autumn with a few mort concerts, which we'll inform you about in due time. For the time being, to express our thanks, we're giving you "Forgotten Land" live from Dutch Hengelo.

Special thanks to John Visa and his crew! 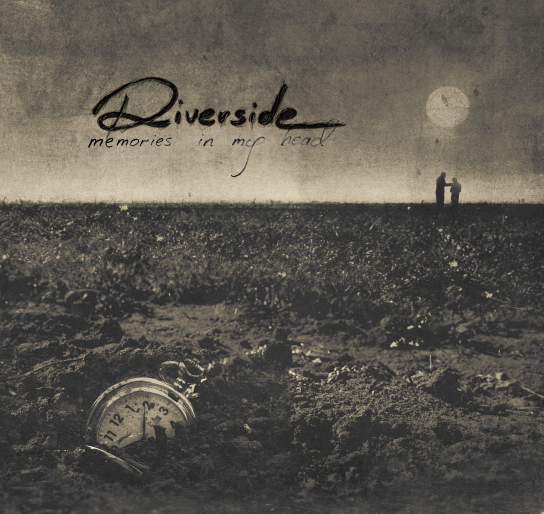 It is already confirmed - Riverside's newest record will be officially available for purchase. The mini album "Memories In My Head" will come out in Poland thanks to Progteam, in Europe thanks to Glassville Records and in USA thanks to Laser’s Edge. Travis Smith, who continues to cooperate with the band, designed the cover.

Let us remind you that you can already buy "Memories In My Head" during the "10th Anniversary Tour" which have already started on May 5th in Prague. The band already performed in Hungary, Romania and Bulgaria.
Find news about other concerts here.

Tickets for a concert in Zoetermeer are sold out.

„Forgotten Land” - Official promo song from the game „The Witcher 2: Assasins of Kings” 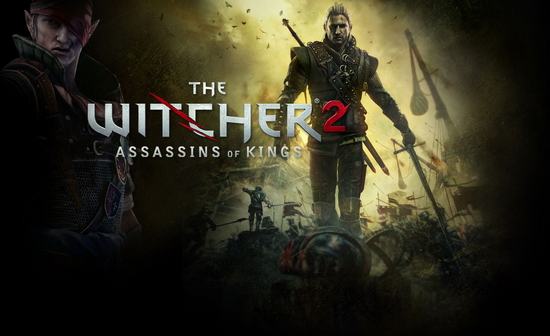 Riverside is proud to announce a collaboration with CD Projekt RED, authors of the eagerly awaited RPG The Witcher 2: Assassins of Kings. The band's song "Forgotten Land" will help to promote the game which will be in stores on May 17.

"Quite a few of our songs are inspired by RPGs. In this case, I imagined an old land that used to be ruled by kings who became too proud of themselves. Bad things started happening to them and their kingdoms. Who knows, they may even have been assassinated..." says Mariusz Duda, frontman of Riverside.

A slideshow presentation is available for viewing here, and an official video clip based on materials from the game is aimed for release around end of May.

Let us remind you that "Forgotten Land" comes from the band's recent record entitled "Memories In My Head". You will be able to buy it during Riverside's 10th Anniversary Tour which is just about to start (check for details here).

You can finally listen to "Forgotten Land", a piece by Riverside from the newest publication entitled "Memories In My Head"! The record will be displayed for sale during the forthcoming concert tour celebrating the first decade of the band's career.

„Memories In My Head” - the new Riverside release!

For their 10th birthday Riverside have prepared a special release which will be available during the forthcoming tour. The EP entitled "Memories In My Head" contains 33 minutes of fresh music. The songs have the following titles:

1. Goodbye Sweet Innocence
2. Living In The Past
3. Forgotten Land

Mariusz Duda: This new material, concerning (for obvious reasons) the themes of the passing time, will be a pleasant surprise for those who have missed the specific kind of melodies and space known from the bands early releases. We have consciously gone back to our beginnings to create a certain kind of a circle. This mini-album will contain three longer compositions most resembling those from our first two albums. The result is a quite interesting, spacious, film-soundtrackish, nostalgic, and most of all rock mixture, summing up our career's first decade quite well. "Memories In My Head" is an album which appears out of nowhere, without much promotion; we hope, though, that its content can defend itself and that it will evoke a lot of positive emotions. It does that to us, and we will prove it soon, playing those songs live at our upcoming gigs.

The concerts at which it will be possible to buy this minialbum and hear the new songs live will begin on 5th of May in Prague (CZ) and finish on 29th of May in Warsaw (PL). Tides From Nebula, a band from Poland, will support Riverside at the 12 European concerts, and the Pineapple Thief from Great Britain and Paatos from Sweden will do the same at the 6 Polish gigs.

The full list of gigs can be seen here.

We're very pleased to inform that the upcoming summer Riverside will play at three big festivals.

8th i 9 July the sixth Night of The Prog will take place in German Loreley, and except Riverside you'll be able to hear bands such as Eloy, IQ, Anathema or Dream Theater there. Riverside's concert is planned for the first day of the festival.

The band will also perform at a festival in their fatherland. On 5th August 2011, for the first time in their career they will appear on the stage of... Woodstock Festival!

We're hoping to see you there!

Tour dates are as follows:

We're pleased to inform that the special guests at the six Polish Riverside concerts at the end of May 2011 will be the English Pineapple Thief and the Swedish Paatos.

The Pineapple Thief with their last two albums "Tightly Unwound" of 2008 and "Someone Here Is Missing" of 2010 (the cover of which was designed by Storm Thorgerson, known for the co-operation with bands like Pink Floyd or Led Zeppelin) have confirmed that they are a marvellous group that skillfully combines sounds of rock, alternative, and psychedelic music. Their work is an original blend of the atmosphere created by Radiohead, Muse, and Porcupine Tree.

The Pineapple Thief "Nothing at best" official video

Paatos - after releasing three studio albums (the producer of one of them was Steven Wilson), and after tours with the Gathering and Porcupine Tree, the band went on temporary hiatus. Right now the Swedish pioneers of post-progressive rock are coming back with a new album "Breathing"--the most mature and forward in their career.

"We were very glad when both of the bands accepted our invitation," says the guitarrist Piotr Grudziński. "I hope that it will be a great British-Swedish-Polish mix. All of us play widely understood progressive rock and yet we're so different. In my opinion, this will be a great advantage to this tour."

The list of concerts at which you'll be able to see Riverside, the Pineapple Thief, and Paatos:

And other shows of Riverside's 2011 Anniversary Tour